Sale to Fantasy and Science Fiction 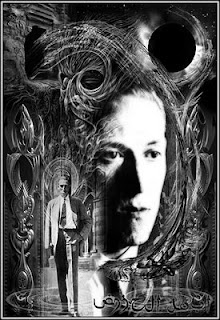 It was a Challenge From Beyond, by way of Austin, TX.

Though this project had its impetus with the original Lovecraft Circle in the 1930s, it was Don Webb's notion to take up the gauntlet. He contacted the following writers:
Walter C. DeBill Jr.
W.H. Pugmire
Robert M. Price
Jeffrey Thomas
yours truly
His Challenge? To have the six of us pen an original round robin of Lovecraftian Horror. No pre-plotting, no consultation, just keep the story afloat until it reached its own conclusion. Given the calibre of that roster, I felt a little like a newbie musician who's suddenly been asked to sit in with the Philharmonic, but it was too unique an opportunity to pass up.
We six gave it our all and the result was "Night Gauntlet," a story that you will soon be able to read for yourselves.
I'm pleased to report that Gordon Van Gelder has accepted "Night Gauntlet" for The Magazine of Fantasy & Science Fiction.
Having my work appear in the pages of F&SF has been an ambition of mine since I first began writing. I'm proud to not only have this come to pass, but to share a byline with such great writers and great people.
We rose to the Challenge, gents. I think HPL would be pleased.