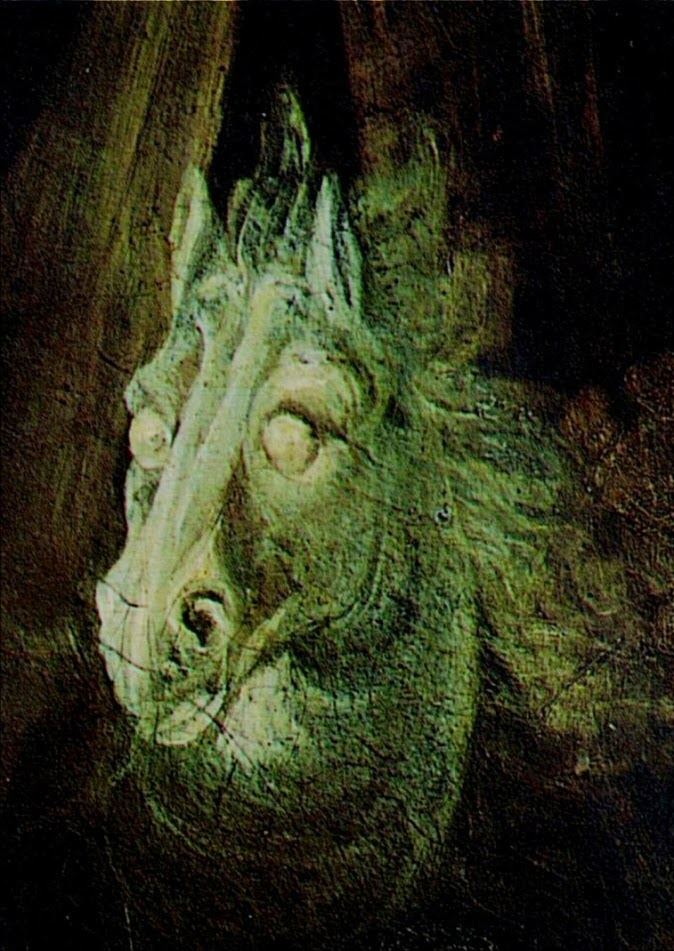 For the past year I have been writing (along with numerous other projects) a new novella. It is entitled THE MARE'S NEST. It builds upon the kaleidoscopic narrative structure I developed for THE ELDRITCH FAITH, my 2012 novella.

THE MARE'S NEST is a tale of oneiric horror. It deals with transcendent nightmares and the tangled bonds between fathers and sons. I am deeply excited about it and think it might just break new ground. The story is telling itself, incrementally, one careful scene at a time. It will be finished when it's finished, though I hope that will be sometime this year.

"Swithold footed thrice the wold.
He met the Night-Mare and her ninefold"