THE INFERNAL MASQUE pre-order for Walpurgisnacht 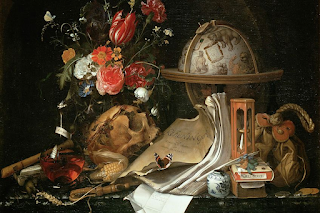 In honour of Walpurgisnacht, it is a privilege to announce that public pre-orders have now opened for The Infernal Masque, my new book of esotericism, coming this summer from Theion Publishing:

The Infernal Masque explores the vital interplay between primordial darkness and infernal fire. It is the dynamic tension between these two elements that creates the sublime frisson within the flesh and soul of the Initiate, immersing them in the ecstatic tempest of daemonic reality. So awakened, one may consult the legions of the Dead, commune with spirits and eventually participate in the grand danse macabre that is the Infernal Masque itself.

Incorporating the ancient magical principles of the Eidolon, sciomancy, and Theia mania (“divine madness”), along with more contemporary themes such as estrangement and the uncanny as modes of spiritual transformation, this work is a visionary exposition of the numinous powers that vitalize the phenomenal realm from the Netherworld below. Complete with suggestions for practice and ritual, The Infernal Masque is a powerful doorway into strange and seductive realms of true magical power and experience.

One: The Cauldron & the Thunderbolt

Four: The Gloom of Erebus

Five: Realization of the Eidolon

Six: The Ebon Palace of Hades (A Fascination)

About the Author & Editions

Pre-orders for the few remaining deluxe Auric editions and the standard clothbound edition may be placed by clicking here.

May the book and the eve of Walpurgis bring you further into the perennial Mystery!