The Hag Stone short film at the HPLFF 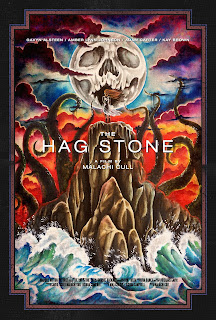 My 2013 story "The Hag Stone," originally published in S.T. Joshi's Black Wings III: New Tales of Lovecraftian Horror, has been interpreted for the silver screen by filmmaker Malachi Cull.

His short film The Hag Stone has been selected to be one of the titles shown during The H.P. Lovecraft Film Festival in Portland, OR. The HPLFF will be taking place October 6th - 8th at the Hollywood Theatre in Portland, OR. Further details can be found here.

My congratulations to the filmmakers!
Posted by Richard Gavin